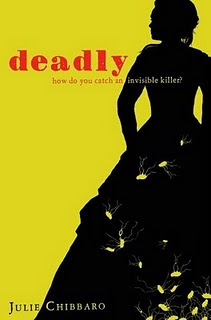 Deadly is the tale of a Prudence, young girl living in New York in the early 1900s. While she sits in Ms. Browning's school learning the ins and outs to becoming a lady, she daydreams about doing something more with her life than getting married and having babies. As she practices as a midwife with her mother, she learns that there is much more to being a human than meets the eye. It is these experiences that plant a seed in her to learn more about the sciences.

Prudence lands a job as an assistant to one of the chiefs at the Department of Health and Sanitation and spends all of her time involved in the case of "Typhoid Mary." It is through this case that she realizes her strengths and weaknesses, and learns about what roles men and women are expected to play during this time period. She begins realizing what a career in medicine and science would mean for her and how she should navigate to that goal. 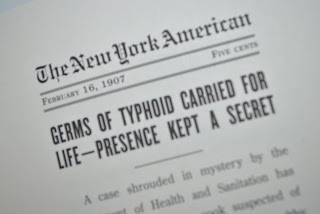 Another storyline involves the whereabouts of her father, who went to fight in the Spanish-American War but never returned. She and her mother spend their days waiting for him to come back home, and without spoiling the ending to this story, they do learn his whereabouts.

Through all of the ups and downs, Prudence makes a pledge to herself that says:

"As I write it out now, I extend my promise: For Papa, for Benny, for all the girls and babies who've died in childbirth, I'll research the body - how it works, what sickens us, how to prevent those deaths that come to early. I'll find answers to the questions that have haunted me for years." 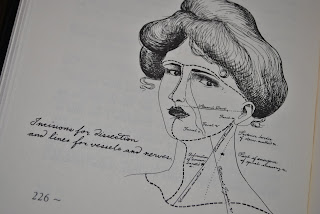 Deadly shows the evolution of Prudence into a young woman as she follows her dreams. I truly loved it for many reasons. First, I love historical fiction and this is set in a very interesting time in the United States - the early 1900s when women struggled in many ways. Second, I am getting more and more interested in books that deal with science and medicine as it evolved throughout history. This novel reminded me very much of Charles and Emma by Deborah Heiligman, which I also adored.

Deadly also focuses on science pretty heavily. Throughout the book there are awesome illustrations that accompany what is being described, as if Prudence herself was drawing these in her tablets. The illustrations definitely add a lot to the novel. 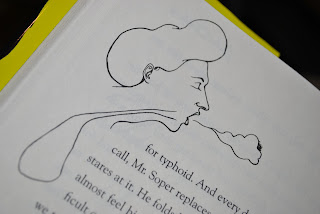 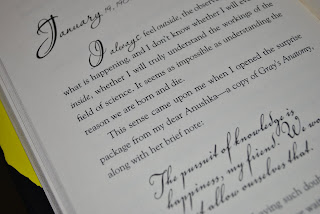 Another aspect of this novel that I loved was the setting - New York in the early 1900s. If there is ever a setting that could have supported the scientific questions of the day this was it. In the beginning, there is a description of a dog stopping to use the bathroom on the street and Prudence sees what is left behind and she describes the worms that are remaining. New York during this time was unclean, and that really does support the premise of the novel.

Interestingly enough, in the author's note in the back it states that the author had heard of the urban legend "Typhoid Mary" many times and when she stumbled upon the real Typhoid Mary in her research, she realized that the real story of this poor Irish immigrant needed to be told. While she is not the main character in the book, Mary Mallon (aka Typhoid Mary) certainly does play a central role.

I highly recommend this one - a great, quick, and interesting read.

Here are some of my favorite passages from the novel:

"The pursuit of knowledge is happiness, my friend. We women must allow ourselves that." (Anushka p. 164)

"My family is one of pioneers. My grandfather left his home with his baby and his wife and came to America. What did it take for him to do that? He left his own parents, and his aunts, uncles, cousins, nieces, and nephews, a language he knew and a farm he loved. My father left a wife and young child to go to another country and fight a war. I don't see how my family members tore themselves from the lives and people they loved, in order to press themselves into a new world. Why does a person have to leave so much behind when they make one decision over another?" (Prudence p. 204)

"Then I saw why she cried - she had sacrificed for her children, she had lost one of us, I was all she had left. And I had done something to make her proud. I felt a great warmth in my chest, an honor. She honored me with her pride." (Prudence p. 220)

"I sometimes felt as if I am an outline of myself, and each thing I learn from him is like a colored piece of yarn that gets knitted inside that outline, filling me, making me more defined." (Prudence p. 226)

"We walked across town in silence, our human failings a sort of truce between us." (Prudence p. 272)